I am now 32 weeks pregnant and feel SO swollen! :) My tummy feels so much bigger this time around. I have a hard time getting out of bed and getting up off the couch after laying down. It is so funny!

I am still working on getting her nursery put together. My sweet friend Abby gave me a dresser that she had. It needs a new paint job but it is adorable! I think i'm gonna post some before and after pics of it.

Andon has been talking so much about Adelyn and what it will be like when she gets here. The other day while talking he asks "What color will she be? Yellow or Black?" I just smiled and said i'm sure she'll be the same color as you. :) He says she will be sleeping in his room and he'll show her how to climb the ladder on his bed!! That makes me nervous. :) He say's he's gonna do everything for her except change her diapers. So cute. I know he is gonna be the sweetest big brother!

Here is a pic we took a couple days ago of my swollen self. 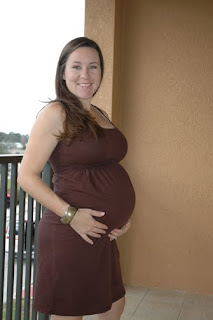 We have quite a bit going on before she gets here. Andon will be having that surgery that got canceled in December. The reason it was canceled was due to insurance and now we have a new policy. So, as soon as the new cards come in we will be scheduling.

Also, mine and Jared's 8 year wedding anniversary is March 9th. I want to do something really special. I'd love to go away for the weekend or something. I'd better get the plan put together for that because it's my year to do so. We take turns planning what we're gonna do for our anniversary. It makes it so fun to surprise each other! I always get nervous when it's my year because Jared is so good at planning these and I want mine to be as good. :)

Other than that we have lots of school to stay on top of before she gets here. I know it will be an adjustment when she arrives so I want to be ahead of that if we have to take a little time off. Speaking of school we went on another homeschool field trip. We went to the RDV Sportsplex to learn about ice skating and then got to go ice skating. It was Andon's first time and he loved it. He did pretty good for his first time! I was bummed to not be able to be on the ice with him but quickly realized that even if would have been able to he wouldn't have wanted my help anyways. I did take a ton of pics that day and then somehow deleted ALL the pics on my memory card!! There were other pics on there too that I hadn't downloaded to my computer. What a bummer! Here is a pic of my boy in his skates after we were all done. I really only had like 6 pics on my card and this was one of the best ones. :) 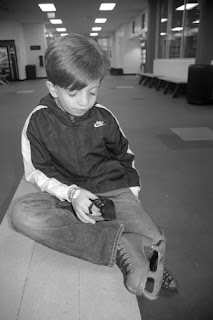 I went to the playground with him... 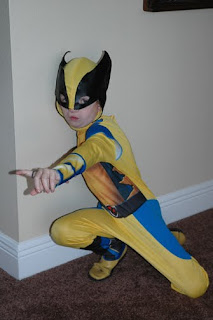 We were meeting a friend at the playground last week and Andon comes downstairs and says "this is what i'm wearing". I said "are you sure you want to wear that". He had nothing on underneath it so there was no going back once we left. He said "yeah mom, I look cool in this." Then I thought, you sure do.

Andon is 6 years old and just now starting to talk about looking "cool". Jared and I have already had a few conversations with him about it. He has been wanting to wear his hat backwards because he thinks it makes him look cool. What we say to him is "do you think it's cool? yes? then it is. That is ALL that matters. Being cool is not worrying what anyone thinks of you." It has been pretty interesting talking to a little 6 year old about this. We want Andon to be in this world but not of this world. We love talking about how God makes everyone so different and that that is AWESOME!

I can't believe my sweet little boy is growing up. I see him so little but I just know once that baby is here I won't see him so little anymore. I have adored our time alone together. God knew what He was doing giving us 6 years alone with Andon. He has been such a precious gift to Jared and I.

Here are a couple more pics of my "Cool Little Wolverine" posing before we left the house. :) 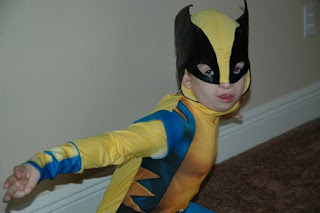 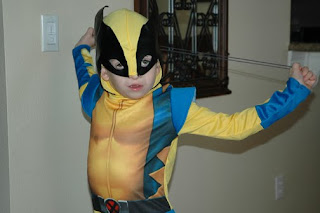 And you better believe after each and every shot he would run over and say "let me see". He'd come check it and then run back and do a new pose!! He is so funny! :)
Posted by Jen at 4:41 AM 4 comments: