Getting Ready for Her

During the last month of my pregnancy the boy's made over some furniture for Adelyn. Jared had never done this before so I was unsure how they would turn out but both pieces are so nice!

The first was a dresser that my sweet friend Abby gave me. It was a pale yellow color with really basic drawer pulls. We wanted it to be white to match her crib. So Jared and Andon went to town sanding the whole thing then wiping it down and then painting it. Then it had to be sealed and some new handles on the drawers and we have a beautiful new dresser. Sounds so simple but it was a lot of work.

Here are some pics of the boys hard and work and then the finished result. :) 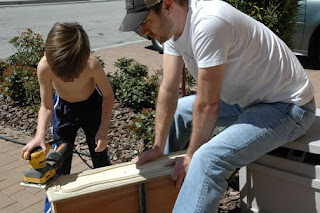 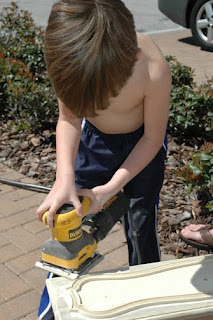 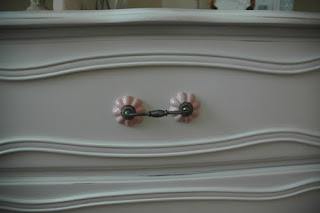 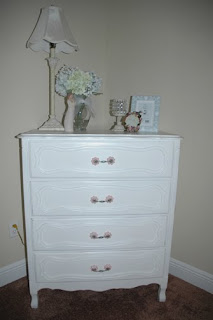 And the next is a little picnic table that I found one day while on a walk. It was sitting in a pile of stuff where the people had foreclosed on the house and had moved out a year ago. I guess whoever took over the home threw everything out. Anyways, I asked the guy who lived next door if he know what would happen to all the stuff and he said is was going to the dump so I took this little pink picnic table. I know, funny story. I have never done anything like that but I figured if it was going to the dump we could fix it up for Adelyn. :) So here are the before and afters of the little table. 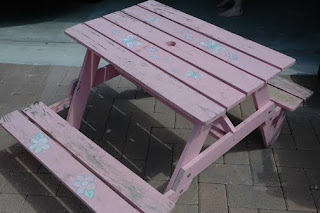 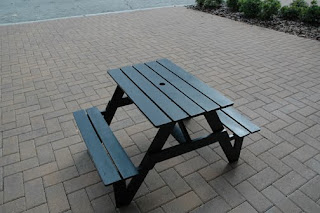 And here they are with their girl. They both just ADORE her! Well, we all do. :) 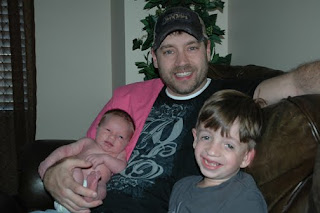