This past week Andon kept asking to go camping. We have never even taken him but he knows all about it! He has a little red tent that we set up in the house every once in a while for him to play in. So we decided to make a night of it! 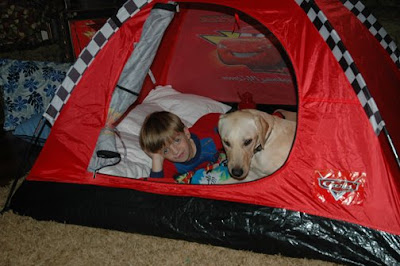 Friday night when daddy got home we started our camp in. :) We were gonna grill hamburgers and hot dogs and do smores on the fire but unfortunately it was pouring outside so we did BLT'S, chips and watermelon inside. 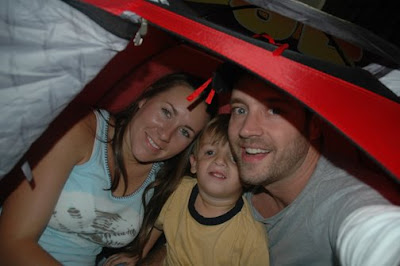 Then for dessert we still made the smores just did them in the microwave! So good, and messy! Andon liked playing with them more than eating them. 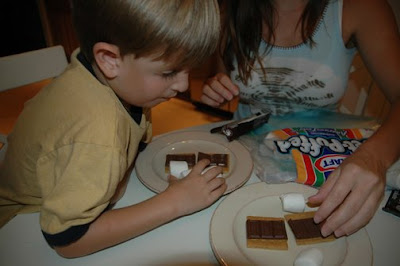 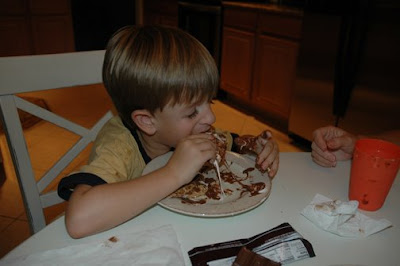 After dessert we headed over to the tent, turned on his lantern and hung out. It was so fun to just hang home and feel like we were doing something differant. Once it was time for bed though Andon wanted to go to his bedroom. We had the tent set up downstairs and his room is up so I had an idea this would happen. ;) Oh well. It was such a fun Friday night that would have otherwise been the same old thing! ~Jen 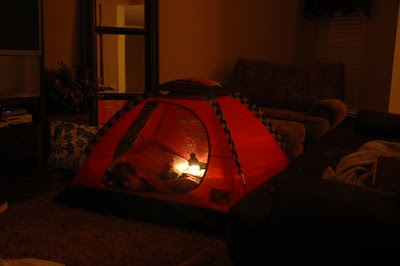 How much fun is that!! I much prefer that type of camping anyday!! :o)

You guys are so much fun! Too cute!

Friend, how super fun is that and BLT's...YUM! Love you Sun

You guys are such great parents! I'm thinking micro-s'mores are the way to go!! LOVE IT. . that's my kind of camping too!

Oh how fun!! My boys would love that!! They would probably want to go to their own beds too! :) We are going to have to do the same! Christie