We went to Pumpkinfest with some friends last weekend. It was a very crowded event! But that didn't hinder the kids from having fun together. There was a whole street designated for the kids to ride pony's, play games and jump in inflatables. Very fun! Here is a pic of me and my little pirate.. 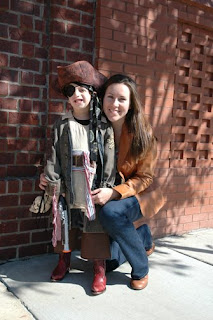 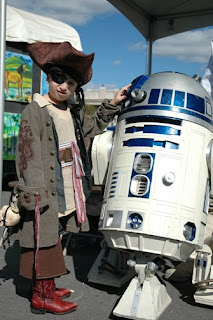 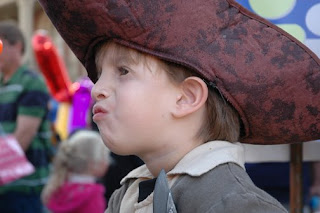 And waiting for his friends Owen, Lucas and Avery to arrive... 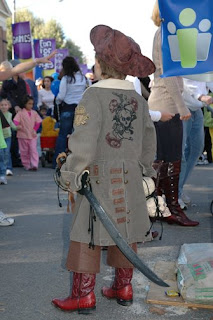 Here is a pic of the boys is their costumes... Aren't they so cute!? 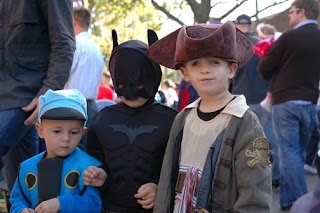 Here are the boys waiting to ride the pony's. Andon was very emotional the whole time we were waiting because there was a specific horse that he liked and wanted to ride. Every time he saw a kid get on that horse he would start to cry! We almost didn't let hime a ride a horse at all. :) So, finally when we got to the front he asked the man if he could ride the brown horse with the green on it. 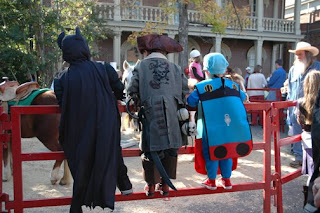 And here he is on his horse! The whole time he was riding it he was petting it! When the ride was over he stayed on when all the other kids came off. The lady was standing there trying to get him off but he kept talking to her about the horse. When he got off he came running over saying my horse's name is Blaze! It was very funny!! We weren't sure if he made it up or she told him that name! :) 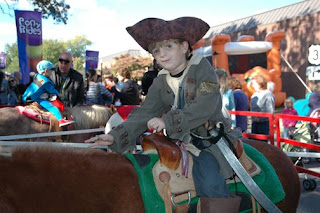 All in all it was a fun time outside in the beautiful weather. Because really ever since the weekend it's been in the 40's! I think we went straight to Winter here. I'm guess i'm gonna have to get used to the cold weather!!!
Posted by Jen at 5:54 AM

I love the weather, not sure how long I could stand it.
Hopefully we can come experience it sometime!

What a fun time! I love his costume!
The weather is great now down here. We've got a couple days with highs in the 60's!! Woohoo!

He is one cute pirate!!

it looks like you had a great day. I love his little costume! I also love that you went with friends...good for you. I am so proud of you for stepping out and making friends in your new environment. Can't wait to read your next blog.....love you
Brittani

I know that I already commented on this blog....I just wanted to say that I loved talking with you today. I miss you so much, sweet friend. I think it was obvious by the phone call that my babies miss you guys, too. Love you
Brittani
ps I finally finished updating my blog. Check it out when you can....