Today I took the kids to a little pumpkin patch down the road. I had been planning on going for the past few weeks and time just got away from me! No biggie though because today was the the perfect day for us to go. I wasn't really planning on buying any pumpkins since Andon is having surgery next week and they would just go bad anyways. (I just wanted to get the kids pics taken with all the beautiful pumpkins!) But Andon had some birthday money in his pocket from his Papa and he insisted on buying one for him and one for Adelyn. So sweet! 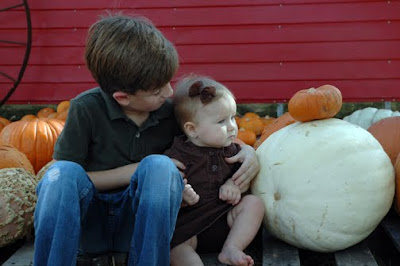 So we walked through all the aisles looking for the perfect ones. He spotted one for her right away. He took quite a bit longer looking for his. The patch was pretty raked over but still plenty of good choices. :) 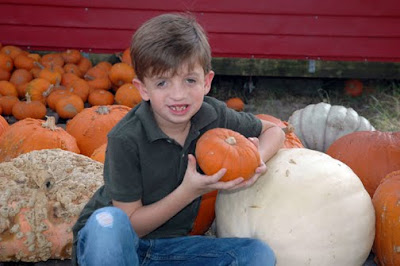 Every time I would put Adelyn down with the pumpkins she would pick one up and start biting it! Little thing puts everything in her mouth! 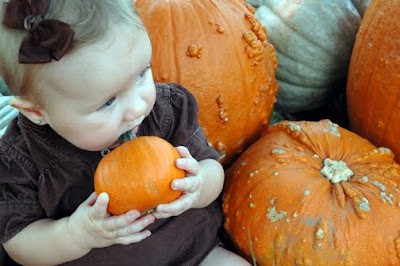 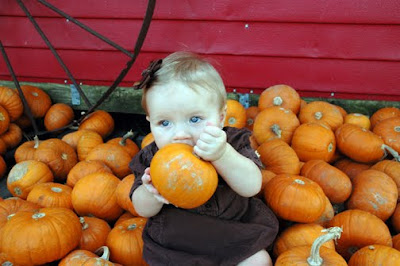 As we were leaving they asked Andon if he also wanted to take a white pumpkin. They said they aren't great for carving so he could take it home and paint it or color it with markers. Unfortunately I don't have any pic of the final product. Andon colored a face on it then gave it arms and legs and wrote on it's forehead ~ Andon's friend. He named it scarer! It is very funny and he wanted it to watch a movie with him during his quiet time today! The thing is huge so I said scarer had to stay in the school room. :)

Here's a few more pics from the pumpkin patch. I couldn't really get Adelyn to look at me. Every time she did it was so bright that she would quickly look back down. But I am happy with the pics I did get and I'm SO happy we were able to make it to the patch this year!!! 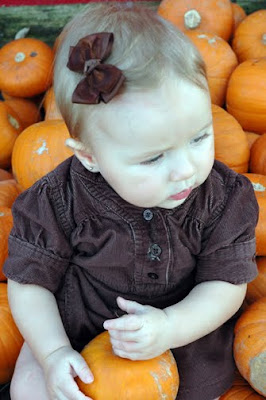 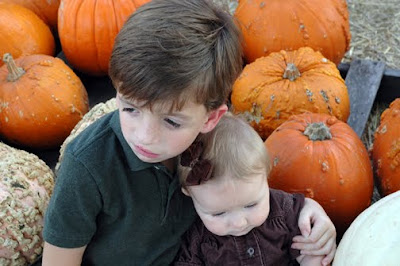 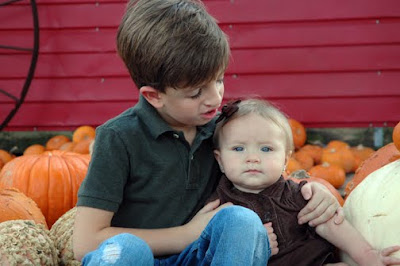 Happy Fall Everyone!
Posted by Jen at 5:58 PM